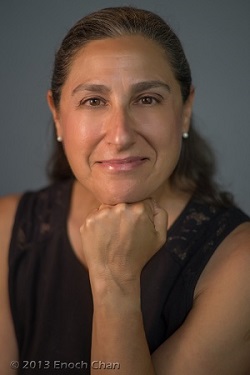 Carla Perlo has made a lifetime commitment to the fields of dance, youth education, and community revitalization through the arts. She is co-founder of Dance Place in Washington, DC and for thirty-six years served as its visionary Founding Director. In August 2017, Carla transitioned to Director Emerita, in which she remains on Dance Place’s teaching faculty, youth program staff and serves as a consultant. Carla’s own role in consulting extends to various dance companies, independent artists, for-profit corporations and nonprofit organizations. Her areas of expertise include property acquisition, community engagement, fundraising, programming and strategic partnerships. Current consulting engagements are with Arts Greensboro and THE LUMBERYARD.

As a dance artist, choreographer and teacher, Ms. Perlo has had an active career for over forty years, including solo and ensemble performances throughout the US, Europe, Middle East and Brazil. At Dance Place, she was responsible for the organization’s prolific programming, governance, facilities, finances and staffing. Most notable was her leadership in the acquisition and renovations of Dance Place’s facility. With support from the Board of Directors, Dance Place became the second independent organization in the United States to own and operate a facility for the training and presentation of dance.

Ms. Perlo is a passionate and engaging advocate about the arts and creative placemaking who receives constant requests for mentorship and guidance from the non-profit, artistic and education sectors. Ms. Perlo has served on grants panels for the National Endowment for the Arts, Mid-Atlantic Arts Foundation, New England Foundation for the Arts, Massachusetts Arts Council, DC Commission on the Arts and Humanities and the Maryland State Arts Council. She served on the selection committee for the U.S. Department of State’s DanceMotion USA international tour and curator for the National Performance Network’s Performing Americas international exchange program from 2012-2016 (touring to Brazil, Cuba, Columbia and Haiti). Ms. Perlo served as the national coordinator for DanceAfrica America from 1990-1994 and program consultant for the Brooklyn Academy of Music’s “Ignite” youth initiative in 2012.

In 2013, Ms. Perlo was honored to receive the DC Mayor’s Arts Award for “Excellence in Service to the Arts.” Other awards include Washingtonian Magazine’s Washingtonian of the Year (1997), WETA’s Hometown Hero (2001), Metro DC Dance Awards’ Special Recognition (2002), Cultural Alliance of Greater Washington’s Outstanding Founders Award (2003) the Alan M. Kriegsman Award (2006) and The Pola Nirenska Lifetime Achievement Award (2017). In 2017, the Howard and Geraldine Polinger Family Foundation have made a grant award in the amount of $300,000 to create the Carla Fund for Choreography and Performance at Dance Place in honor of her 36 years as Founding Director of Dance Place. In 2018, Dance USA will award Ms. Perlo with the Ernie Award for Outstanding Service to the Field of Dance.

The 'Ernie' goes to an individual working “behind the scenes” within the infrastructure of the dance field, whose achievements have significantly empowered artists and supported their creativity individually or as a community.