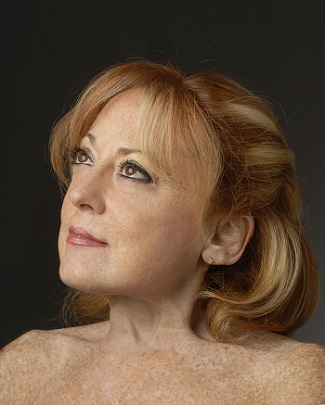 Mary Verdi-Fletcher, President/Founding Artistic Director - The Dancing Wheels Company & School, has been a pioneering force in the development and success of physically integrated dance worldwide for over 3 decades. As one of the first and foremost professional wheelchair dancers, she has worked with such esteemed artists as Donald McKayle, David Rousseve, Dianne McIntyre, Dennis Nahat, Keith Young, Ben Vereen and Christopher Reeve. After the 1980 inception of the Dancing Wheels Company, now in its 37th season, Mary realized the dire need for training and career advancement for dancers of all ability levels, which ultimately lead to the creation of the multi-arts Dancing Wheels School in 1990. Attracting students from around the globe, The World Center for Integrated Dance & Arts Access is now a most sought after site for training in the formal techniques of physically integrated dance.

In 2015, Mary’s inventive and pioneering spirit unveiled a new branding campaign for the Company as The World Center for Integrated Dance & Arts Access and in 2016 opened Dancing Wheels specific training to the world through virtual classes offered to those unable to travel to the Cleveland based studios for training. Her quest to provide equal access for training continues with plans to develop a certification program in the Dancing Wheels methodologies of training.

Throughout her career, Mary has been featured internationally on television, in numerous digital and print media articles and has been honored with numerous awards including; An Emmy as the on camera host and narrator for an arts series entitled “Short Cuts to Happiness”, the Outstanding Young Clevelander Award, the James Brady Award for Rehabilitation, the YWCA Woman of Achievement Award, National Rehabilitation Achievement Award, Northern Ohio Magazine Achievement Award for 25 years of service (2005), Ohio Theater Alliance Award. She was one of 14 finalists for the National Leadership for a Changing World Award, a finalist for the Henry Betts Award, winner of the Ms. Wheelchair Ohio competition and First Runner up to Ms. Wheelchair America. 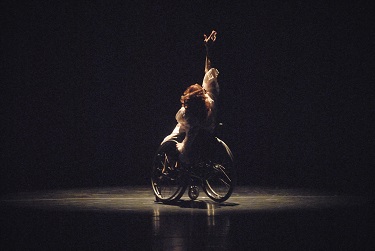 Mary's current and past professional affiliations include Executive Committee Member for the 2009 National Careers in Arts Summit at the John F. Kennedy Center for the Performing Arts, Program Committee Member for The Association of Performing Arts Presenters Annual Conference, Advisory Board Member for The Arc of Greater Cleveland, Advisory Board of the Singing Angels, Board Member for Ohio Arts Presenters, member of the Board of Directors for Professional Flair, Inc. and a Member of the Board of Directors for Dance/USA.

In 2014, Mary was awarded the Governor’s Award for Arts Education in Ohio, the Ohio Dance Award for major contributions to dance in Ohio and the Henry Viscardi Achievement Awards, which pays tribute to exemplary leaders in the disability community who have had a profound impact on shaping attitudes, raising awareness and improving the quality of life of people with disabilities. In 2016, she was honored with the Cleveland Arts Prize Lifetime Achievement Award and in 2017, the Girl Scouts of North East Ohio’s Woman of Distinction Award.

The Trustees Award is given at the discretion of the Dance/USA Board of Trustees to recognize an outstanding professional whose work has special significance to the field.