Dance/USA is pleased to announce the Opening Plenary Speaker for the Dance/USA 2018 Annual Conference. 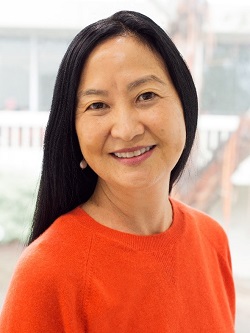 Roberta Uno is a theater director, writer, and national arts leader. She is the Director of Arts in a Changing America, a national project on changing demographics and the arts based at the California Institute of the Arts. She was the Program Officer and then Senior Program Officer for Arts and Culture at the Ford Foundation 2002-2015. From 1979-2002, she was the founder and Artistic Director of the New WORLD Theater, a theater dedicated to the work of artists of color, at the University of Massachusetts at Amherst and a Professor of directing and dramaturgy in the University’s Department of Theater. A member of the Society of Stage Directors and Choreographers, she directed, produced, presented, or dramaturged over 200 works at New WORLD Theater archived here. She is currently directing the development of two new interdisciplinary dance theater pieces: Try/Step/Trip a collaboration with writer Dahlak Brathwaite and choreographer, Toran Moore; and Fahu Goes East with Kauila Kanaka?ole.

Her numerous publications have expanded the American performance canon, including the new anthology, Contemporary Plays by Women of Color UK: Routledge; Monologues for Actors of Color: Women and Monologues for Actors of Color: Men, UK: Routledge; The Color Of Theater: Race, Culture, and Contemporary Performance, UK: Continuum Press; Unbroken Thread: Plays by Asian American Women, Amherst: UMass Press. She was inducted into the College of American Theater Fellows in 2014 and has been recognized for her leadership at New WORLD Theater through numerous awards including from the Association for Performing Arts Presenters, the Association for Theater in Higher Education, and the Commonwealth of Massachusetts. Her efforts in philanthropy to build a diverse American arts sector have been recognized by awards from 651 Arts, Chen Dance, Cornerstone Theater, the First People’s Fund, the National Association of Latino Arts and Culture, and the National Black Theater. 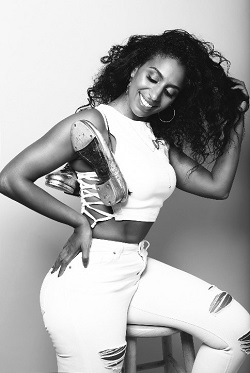 International tap star and choreographer Chloé Arnold was discovered at a young age in Washington, DC by the legendary Debbie Allen. A leading lady of tap, Chloé has performed on stages around the globe and her choreography has been featured on hit television shows such as So You Think You Can Dance, Good Morning America, The Ellen Show, The Talk, The Late Late Show With James Corden and national commercials for Special K, Macy’s, GAP and CANTU.

Chloé’s female tap band, Syncopated Ladies, are widely known for viral videos that have accumulated over 50 million views. The most successful being their tribute to Prince and their cover of Beyoncé’s Formation, which Beyoncé shared on all of her social media and then hired Chloé and the Syncopated Ladies to perform at her Ivy Park active wear clothing line launch at TopShop, London. Chloé along with her company performed live on ABC's Good Morning America, The Ellen Show with Pharrell Williams and N.E.R.D and have had sold-out concerts in Los Angeles, Dubai, New York City and Washington, DC, receiving rave reviews in The New York Times and more.

Chloé is also an entrepreneur that holds a degree from Columbia University. She and her sister co-founded Chloé and Maud Productions, DC Tap Festival, and co-produced the award-winning documentary TAP WORLD with Hollywood Executive Producer Dean Hargrove.

Other career highlights include winning So You Think You Can Dance: Battle of the Crews (season 11), HBO’s The Comeback, recurring role as an Onyx Girl on HBO's Boardwalk Empire, guest performing on America's Got Talent and Dancing With The Stars, a sold-out NY run of her One Woman show My Life. My Diary. My Dance. at La MaMa in New York City, Global Fusion Concert in Dubai, Jacob’s Pillow Dance, Broadway Cares/Equity Fights Aids Easter Bonnet at The Minskoff Theatre, numerous musical productions with Debbie Allen including performing at a star-studded gala hosted by Diddy at the Howard Theatre in Washington, DC. 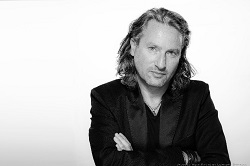 Jacques Heim has been a transformative Director for over 20 years, founding DIAVOLO in 1992, newly renamed DIAVOLO | Architecture in Motion®, and has directed the Company’s work ever since.

Mr. Heim was born and raised in Paris, France. His earliest experiences with performance came from street performing. He attended Middlebury College (B.F.A. in Theater, Dance, and Film), the University of Surrey in England (Certificate for Analysis and Criticism of Dance), and the California Institute for the Arts (M.F.A., Choreography). Heim is not a dancer or acrobat but calls himself an “architect of motion”. He is like a drill sergeant or a football coach. He loves working with dancers; pushing them beyond their own physical and emotional limits to make them feel like they can conquer anything...to make them realize they are heroes.

Jacques Heim is named directly after his grandfather, the late and revolutionary fashion designer, who in 1946 launched the first ever two piece bathing suit called Atome, later renamed The Bikini, and also invented le pret a porter, or Ready to Wear. Just as his grandfather broke ground in the fashion industry, Jacques Heim continues to challenge and break the mold of conventional wisdom surrounding dance, developing the unique and incomparable aesthetic of Architecture in Motion®. In addition to his work with DIAVOLO, Mr. Heim has worked extensively for other companies in dance, theater, TV, and special events worldwide. Jacques created five new performances based on DIAVOLO creations for NBC’s America’s Got Talent 2017. DIAVOLO appeared as one of the top ten contestants in AGT’s finale at the Dolby Theater in Hollywood. He also recently directed DIAVOLO for a special appearance on Le Plus Grand Cabaret du Monde’s New Year’s Eve 2017, one of the most watched TV shows in France and Francophone countries. DIAVOLO also appeared on Helene Fischer’s 2017 Christmas Spectacular.

In 2004, Mr. Heim choreographed KÀ for Cirque du Soleil at the MGM Grand, Las Vegas; a destination show featuring apparatus inspired by DIAVOLO structures and architecture. In 2010, he was invited to be a Creative Director for the Opening Ceremony of The 16th Asian Games, in Guangzhou, China. Mr. Heim worked with Guy Caron and Michael Curry as consulting choreographer on Ice Age Live!, a “mammoth” arena show which had its world premiere at London’s Wembley Stadium in November 2012 and is now touring Europe.

In addition to three USA Fellowship nominations and four Alpert Award nominations, Mr. Heim has received the Martha Hill Choreography Award of the American Dance Festival, the Special Prize of the Jury at the 6th Saitama International Dance Festival, a Brody Arts Fund fellowship, a James Irvine Foundation Fellowship and was the 2016 Barney Creative Prize recipient. 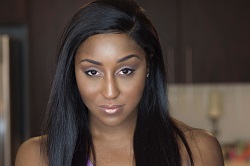 Saleemah E. Knight is an internationally recognized interdisciplinary artist in the concert and commercial dance realms and is currently a professor of dance at the highly-acclaimed University of Southern California, Glorya Kaufman School of Dance. Saleemah graduated Magna Cum Laude, with a Bachelor of Fine Arts Degree from the University of Arizona, School of Dance. She also holds a Master of Fine Arts Degree from the University of California, Irvine and was a featured dancer in Disney’s world renowned Broadway Musical, The Lion King. Saleemah is a concert and commercial dance choreographer and performer whose background includes training in Ballet, Jazz, Contemporary, Tap, Modern, and Hip-Hop Dance from outstanding private schools/dance masters throughout the United States. They include, yet are not limited to: Dayton Contemporary Dance Company, River North Chicago, Gus Giordano Jazz Dance Chicago, The Edge Performing Arts Center, Millennium Dance Complex, Debbie Reynolds Dance Studio, and Broadway Dance Center.

As an instructor Saleemah offers repertoire and technical development to students in the concert dance realm as well as movement coaching for recording artists. She provides discussion workshops regarding the pursuit of the arts in the concert, commercial and academic realms. During the academic season, she has provided undergraduate dance courses at the University of California, Irvine and Santa Ana College in Jazz, Modern and Hip Hop Dance. She has also taught Modern and Jazz Dance technique as a guest instructor at the University of Nevada, Las Vegas and as a graduate associate at the University of California, Los Angeles. She has been an invited guest speaker and Jazz master class instructor at Loyola Marymount University, Laguna Dance Festival, Ballet Plus Miami, New Century Dance Project, Dance Teacher Magazine’s Dance Teacher Summit and Break the Floor’s Dancer-Palooza event, among many other nationally recognized dance workshops and festivals. Saleemah was also a chosen guest speaker and women’s empowerment panelist for Rihanna’s 2017 “Ladies Night” event sponsored by Fenty by Rihanna and the popular urban retailer Shiekh Shoes. Saleemah is a recurring guest instructor and choreographer at the prestigious Debbie Allen Dance Academy. In the spirit of providing arts accessibility for low-income communities, she also offers dance outreach classes to inner city youth.

Saleemah’s performance credits include many well-known entertainers. As an adolescent, Saleemah performed with the formerly known company, Donald Byrd/ The Group of New York in the World Premiere of "The Harlem Nutcracker" at Gammage Auditorium. She has since performed alongside Beyoncé at the 2011 Billboard Music Awards and has also danced with The Pussycat Dolls, Tatu, and Matisyahu. She is featured on the Jillian Michaels Fitness DVD series entitled, "No More Trouble Zones" and "Banish the Fat, Boost Your Metabolism", currently sold in stores. Saleemah also danced lead with Chris Brown in Ludacris’ music video, “I Know What Them Girls Like” and made a guest appearance in Jamie Foxx’s “Blame It On the Alcohol” music video. She was featured on Gatorade’s Mission G Episode 3 of “Leave It On the Floor” featuring well-known artist, Will.I.Am. She also choreographed Christian Audigier’s Spring 2009 Ed Hardy Fashion Show featuring America’s Next Top Model winner, Whitney Thompson and danced on tour with actor and recording artist Tyrese in 2007 and again in 2009. Saleemah has danced in work choreographed by UCLA faculty Victoria Marks, entitled “Not About Iraq”. She has also appeared on Country Music Television as a featured dance instructor for the TV series, “Made”. In 2013 Saleemah also performed in worldrenowned Contemporary Ballet choreographer Jodie Gates’ work, honoring the Rite of Spring, entitled the “Sacre Project”.

Saleemah E. Knight currently teaches Jazz Dance technique as well as theory courses in the areas of world studies, jazz history/culture and popular culture on faculty at the USC Glorya Kaufman School of Dance, choreographs live productions and teaches master classes worldwide. She is also the artistic inspiration behind a line of youthinspired dance active wear called Saleemahwear. Saleemah is known for her outstanding instruction and choreography in Jazz and Contemporary Jazz; she was most recently featured in Dance Teacher Magazine’s November 2017 issue as a leading university professor in the field of Jazz Dance. She continues to bring her academic expertise, professional, and vibrant attitude to recording artists, dance programs, performing companies and academic universities worldwide. 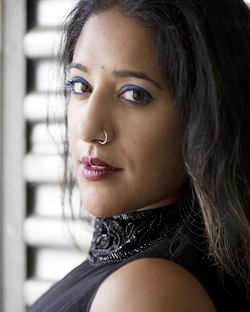 Achinta S. McDaniel is a pioneer of contemporary Indian dance in the United States, and the Founder and Artistic Director of Blue13 Dance Company. A first generation born South Asian American dance maker renowned and for her passion to create diverse and truly American dance works, McDaniel’s aesthetic is further fueled by the rhythms and drama of classical and contemporary Indian arts. Her work is highly dramatic and a true reflection of her upbringing: eastern, western, rebellious, and unconventional. McDaniel effectively traverses the lines between concert work, commercial dance, and pedagogy. She is a professor of dance at the University of Southern California’s Glorya Kaufman School of Dance. She has choreographed for DJ Snake, The Strokes, Disney, and for television, films, and commercials in Hollywood and Bollywood alike. McDaniel created the country’s first professional contemporary Indian dance theatre ensemble in Blue13, and tours on stages around the world. Working in the industry for over fifteen years, McDaniel also choreographs, lectures and teaches contemporary Indian, Bollywood, and Bhangra styles internationally. For more information of her work, follow @achintablue13 on Instagram or visit this website.