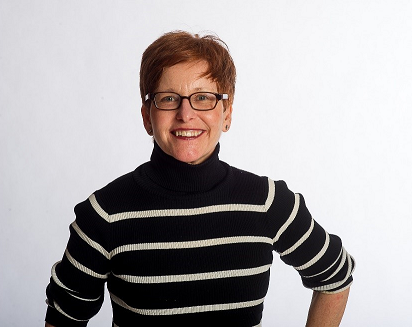 Gina Gibney is a choreographer, director, and entrepreneur. She founded Gibney Dance in 1991 as a performing and social action dance company. Today, the organization has rapidly emerged as a cultural leader that operates through three fields of action: Company, Community, and Center.

Gibney was recently named to the Out100 2016 list of influential members of the LGBT community. In 2008, she was named to the Vanity Fair Hall of Fame for "making art and taking action." She has been honored with the Arts & Artists in Progress Award from Brooklyn Arts Exchange, the Northern Ohio Live Arts Award for the Food for Thought program, the Copperfoot Award for Choreography from Wayne State University, the Case Western Reserve University Young Alumni Award, Alpert Award (Finalist), the Our Town Thanks You Arts Award, and by Sanctuary for Families, Safe Horizon, and The Retreat. Gibney has been featured in The New York Times, The Wall Street Journal, The New York Observer, Vanity Fair Magazine, Dance Magazine, and many other publications. Her work and the organization have been widely supported by the National Endowment for the Arts, the New York State Council on the Arts, the New York City Department of Cultural Affairs, the Howard Gilman Foundation, the Andrew W. Mellon Foundation, the Mertz Gilmore Foundation, the New York Community Trust, the LuEsther T. Mertz Charitable Trust, and many others.

She lives in New York City with her partner Pam, her dog Ginger Margaret, and a cat named Clementine.

The 'Ernie' goes to an individual working “behind the scenes” within the infrastructure of the dance field, whose achievements have significantly empowered artists and supported their creativity individually or as a community.