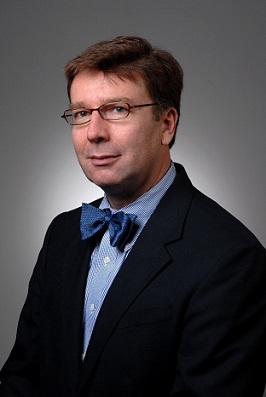 Douglas C. Sonntag has worked for the National Endowment for the Arts (NEA) since 1986. At the NEA, he has served as a dance program specialist, administrator and from 1997 to 2017 as the director of dance where he oversaw the review of thousands of applications from dance companies, presenters, service organizations and archives. In addition, Sonntag has served the NEA as the director of performing arts, the director of the Creativity Connects initiative, and as the project manager for the American Recovery and Reinvestment Act grants that awarded $50,000,000 in federal stimulus funds to arts organizations across the United States. From 2004-2008, he also served as the director of the NEA's Office of National Initiatives where he oversaw such projects as the Dance Critics Conference, which expanded to include music and theater critics, American Masterpieces, Shakespeare in American Communities, Operation Homecoming, and Save America's Treasures. To celebrate the millennium he designed a project that would become the National College Choreography Initiative that was administered by Dance/USA.

Prior to his tenure at NEA, Sonntag was general manager of the Repertory Dance Theatre in Salt Lake City, Utah. In addition, he was an associate instructor for the University of Utah's Institute of Arts Administration and a staff specialist for the Department of Ballet. In addition, Sonntag was the project director of the Utah Playwriting Conference, a joint project of the Sundance Institute and the Utah Arts Council. Sonntag attended the American College in Paris and the University of Utah graduating with a B.F.A. in Ballet and an M.F.A. in Theater with an emphasis in arts administration. He has served as a judge for the American College Dance Festival Association and as a panelist for the Utah Arts Council, the Jerome Foundation, the Carlisle Project, and the Vilcek Foundation. He has spoken at and served on panels for the Monaco Dance Forum; International Tanzmesse in Düsseldorf, Germany; Dance/USA; Dance/NYC; Swedish Performing Arts Branch Conference in Karlstad, Sweden; and the Association of Performing Arts Presenters.

The Trustees Award is given at the discretion of the Dance/USA Board of Trustees to recognize an outstanding professional whose work has special significance to the field.